The DVC annual Tech session was another great success this year.  With a list of 27 members including a couple of new ones, we got off to a start on this year’s project of pulling Doug & Kathy Yerger’s Midget out of mothballs and making lots of smoke and noise before taking it out on the test track and giving it a good run.  Donna Bristol had the clutch adjusted on her TD, Paul Phillips had a front end alignment for his new Michelin tires on his MGBGT, Bill Webb had his hood (convertible top) adjusted, Steve Albright had his TR6 (yes, a Triumph to keep Dave Schwab’s Triumph Spitfire from feeling too out of place) up on the lift for minor adjustments underneath, and the usual oil changes and discussion about how to keep these old cars running.  Plenty of food was eaten, as well as the usual lubrication of the mechanics from the refrigerator.

Another feature was the arrival of Bill and Diane Silvershein in their new Lotus Seven, and Jeff Rose brought his XKE.  Bill Sheilds (Carriage Craft brought his Pit crew chief Len Hess MGBGT) , and Lee Ahrens a new member with a nice MGTD.  Other members who may have done projects I missed were Lee Wesner MGA, Chuck Denlinger, Dave Johnston MGB (left his briefcase) Garth Gill, Dick Suffredini came with Tom Rippert MGA , Evonna Phillips MG Midget, Greg Prehodka, John Hunt, Jerry Keller, Bill McCurdie MGBGT, Jim Taylor MGA, Warren Dorner MGB, Bill Boorse MGA, and Louise Story.  Gloria and her mother helped to provide the table with hot food and snacks, as well as lots of food brought by the members.  Thanks to all who did. 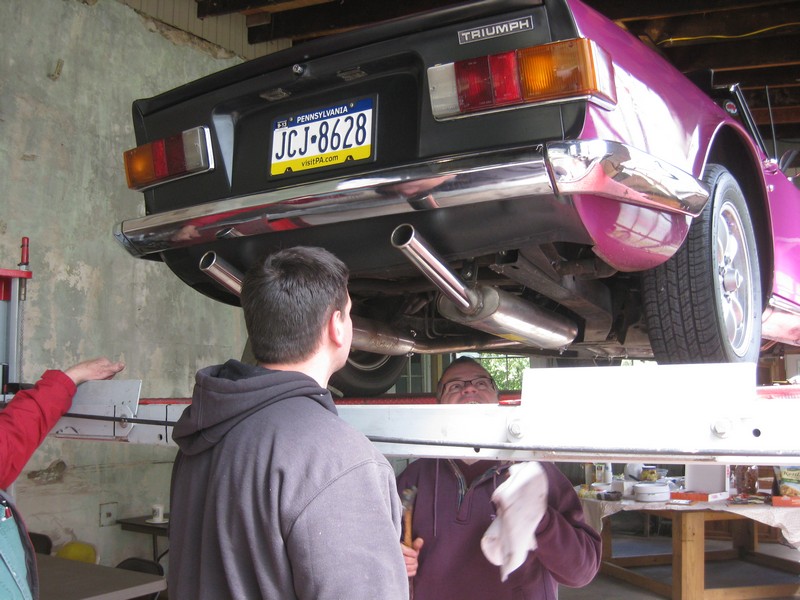 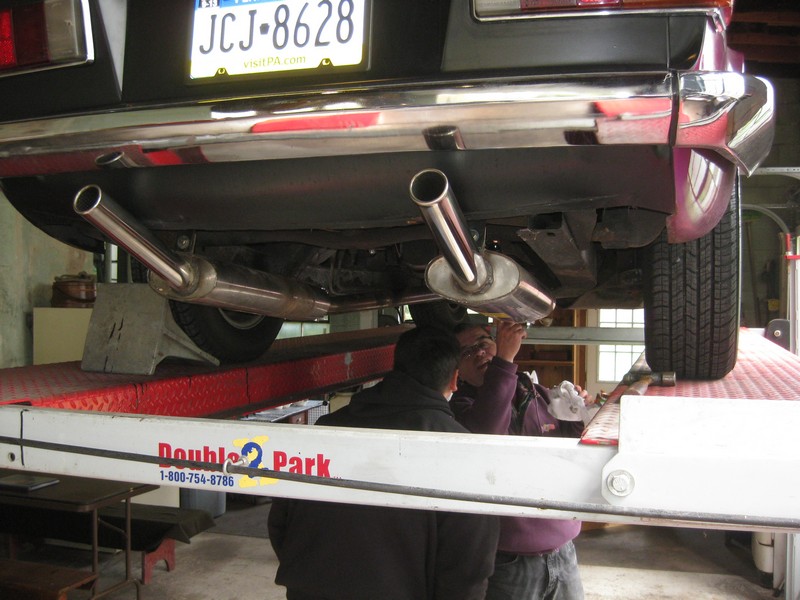 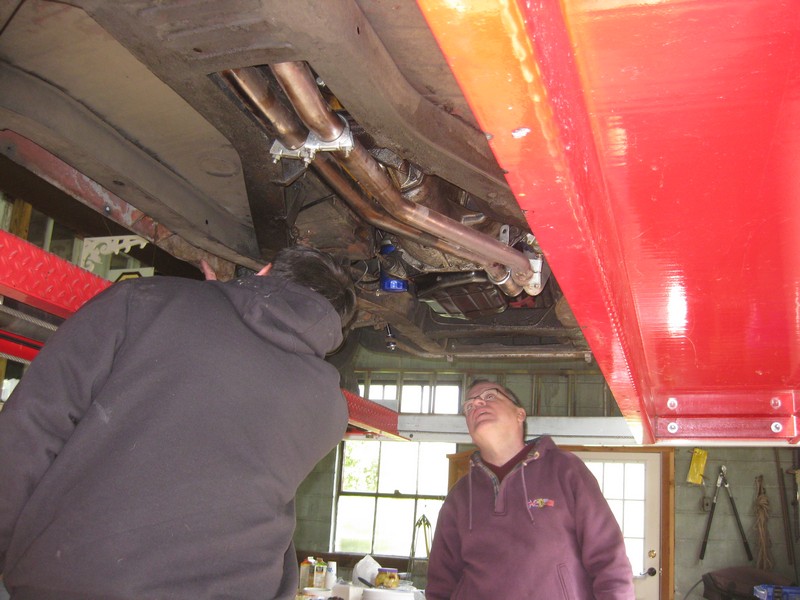 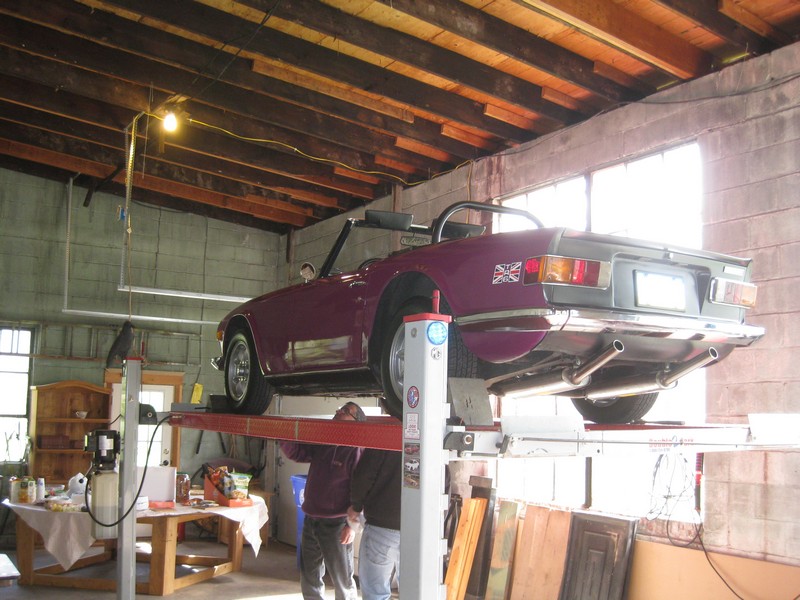 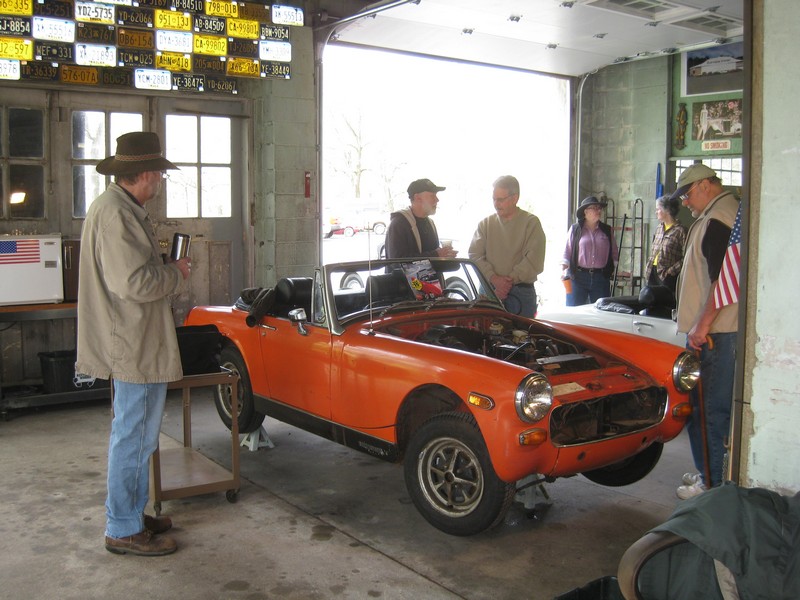 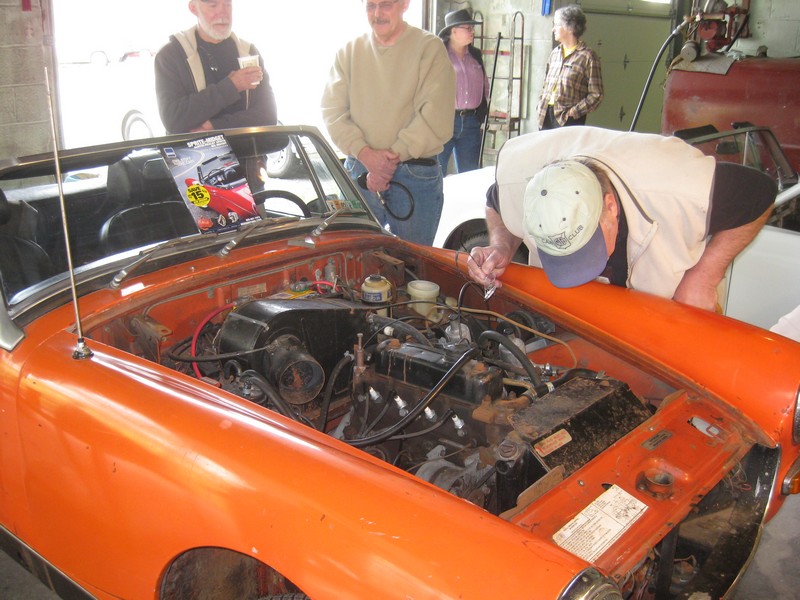 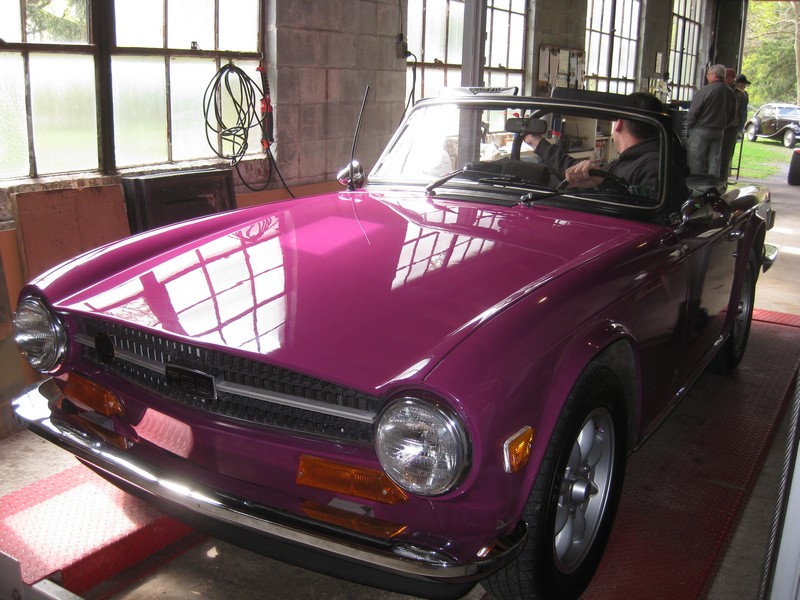 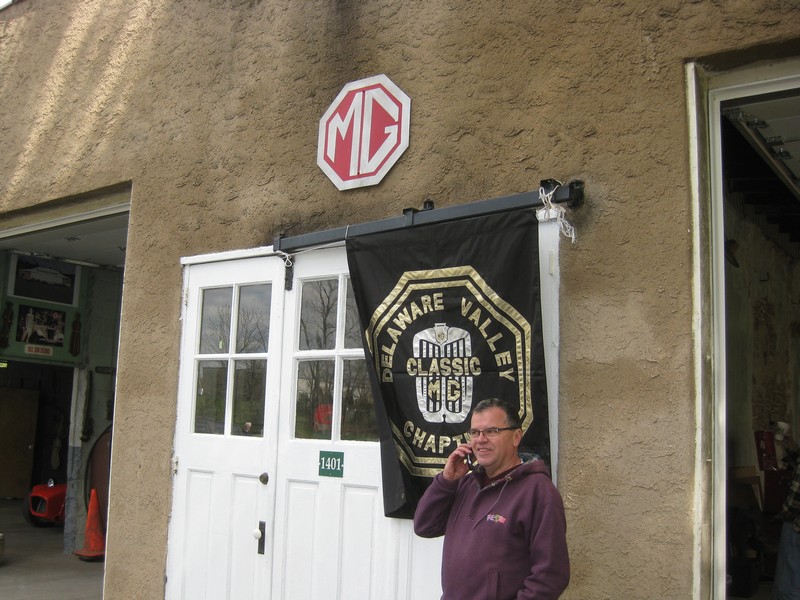 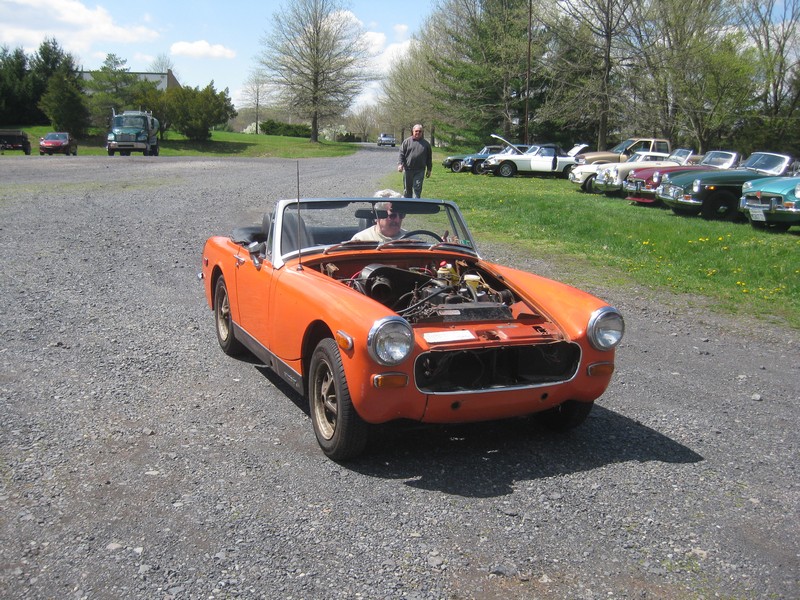 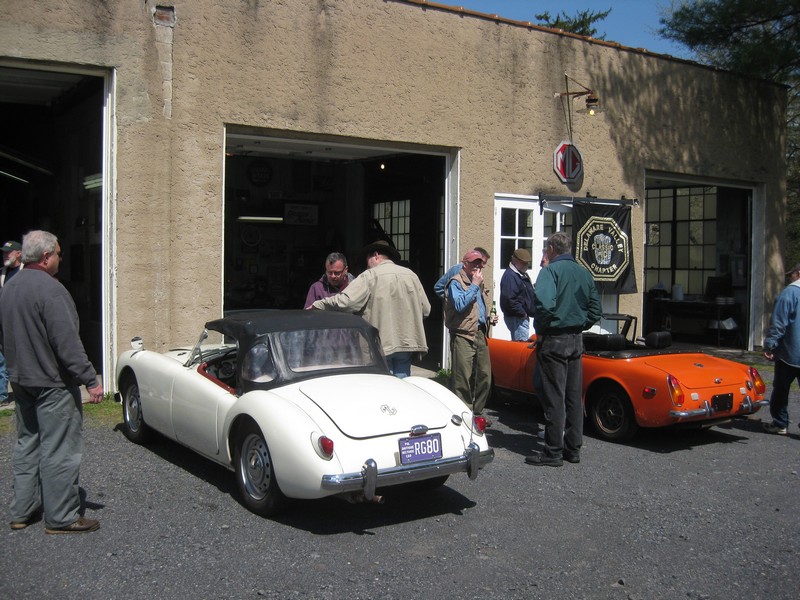 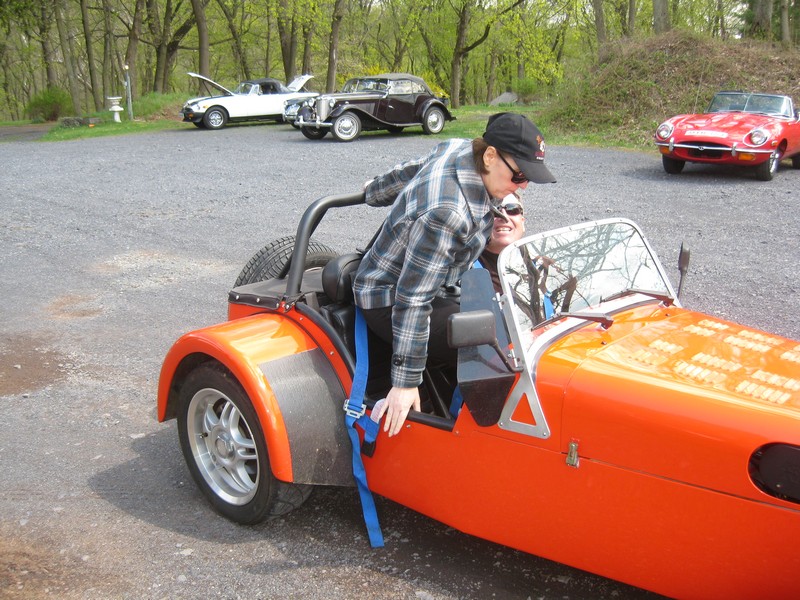 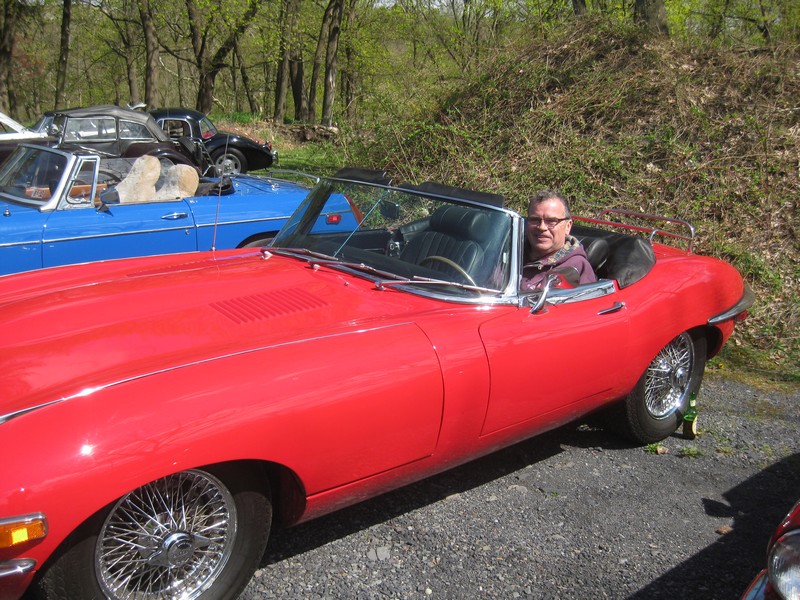 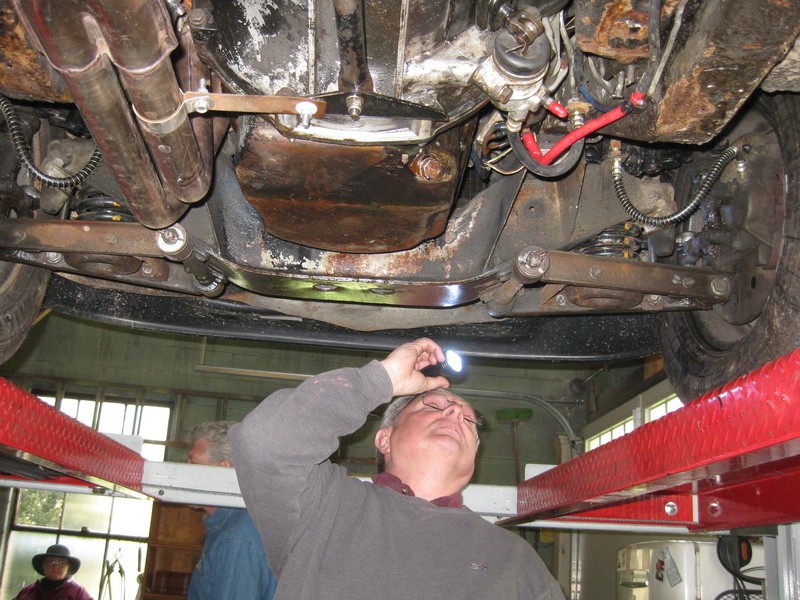