The DVC 41st Anniversary Celebration was at the home of Dotty and Bruce Allen in Bedminster, PA. The anniversary party began with a tour of Bruce’s garage which contained his MG TB and his collection of other  beautifully restored/preserved cars. The attending members then enjoyed a delicious Italian Dinner including tasty hors d’oeuvres, wonderful desserts and a choice of libations.

Bruce and Dotty’s home included a game room of which the members took advantage for  friendly competition.  The attendees also had a  chance to remember past good times as members brought MG photos, videos and albums.

Although there were no founding members present,  Tom and Jaimee Rippert, Ernie and Barbara Feldgus, and  Earl Wanklin were present and  have been  members for almost 41 years. Tom Rippert was also present at the first DVC meeting.

The meeting opened with Tom Rippert  recognizing  the board members who were present and  gave his and the club’s grateful appreciation to Liz Niner, the outgoing treasurer. Patty Cawthorne was recognized as the club’s new treasurer.

The upcoming events were reviewed by Dick Suffredini . These included preliminary preparations for British Marquee’s Triathlon IX .This year it will be held on August 26-28 at Point Lookout Resort in Northport, Maine.

The celebration proceeded with the much anticipated awards ceremony.

Dart Board Miss – Donna Bristol – For her impeccable aim at the Battle of the sexes which left the dart board unscathed.

AAA-Wire Crimper – Jim Sanders – For breaking down on the Blue Route on the way to Wildwood Weekend and then being  towed back home. It was only  due to a loose connector  on the fuel pump.

Empty Shock – Tom Rippert – For arriving at Wildwood Weekend with an empty front shock absorber. Tom showed all in the parking lot  how to refill the shock.

Attendees of the 41st Anniversary Party 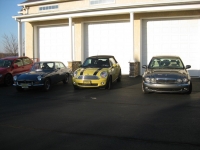 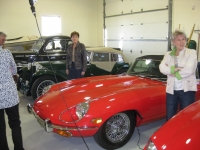 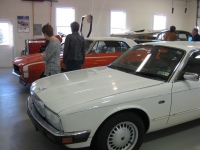 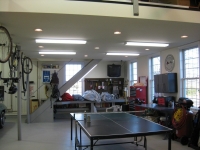 1 2 ... 5 ►
This entry was posted in DVC Hosted, Events, Pictures. Bookmark the permalink.